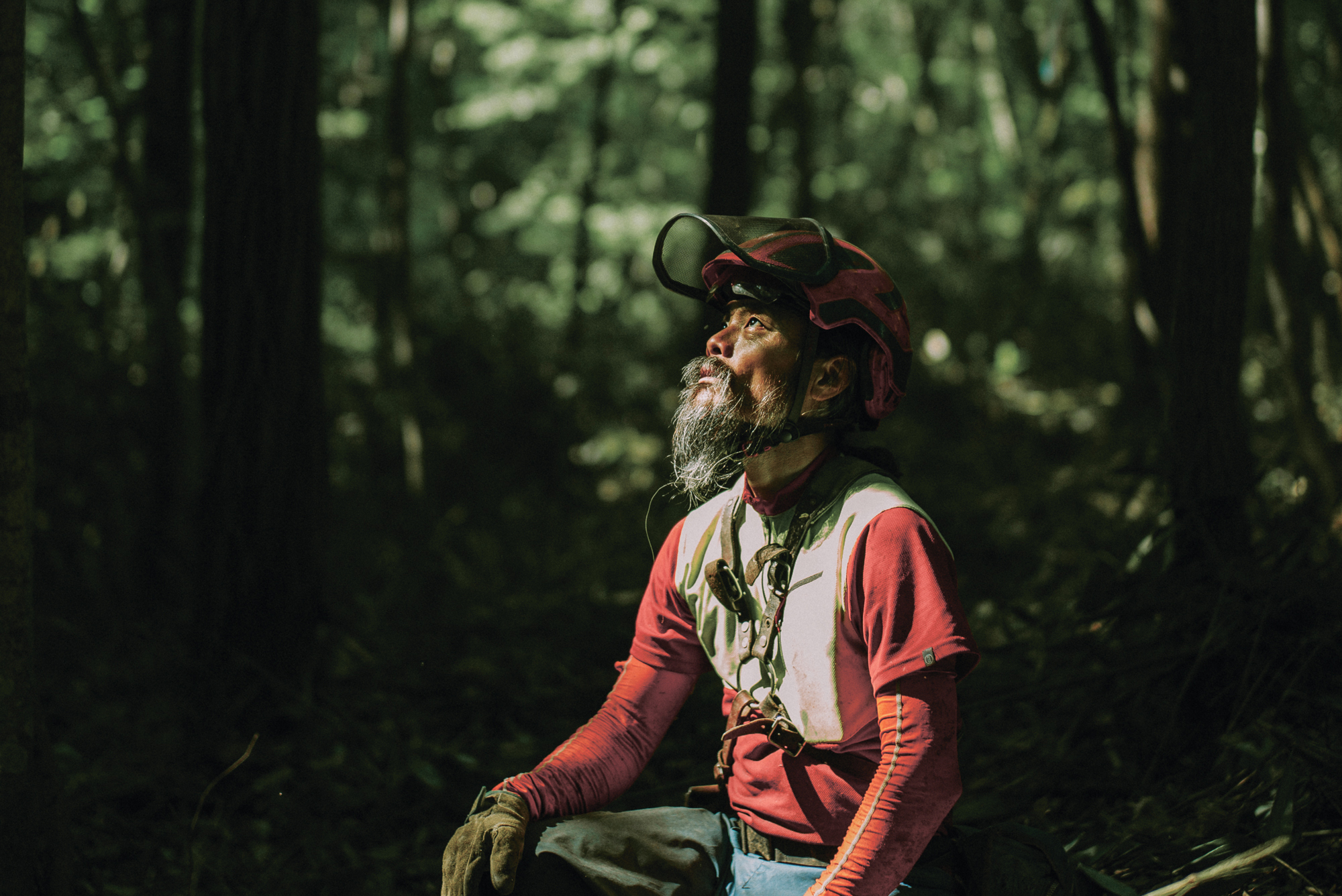 The pair are now based in the mountains of Sapporo, working relentlessly to build roads.

These roads both connect and create a border between the mountains and the people.

A talent for nature and a real three-dimensional thinker

“If you insert the chainsaw at this angle and at this depth, the tree will fall exactly as planned.”

Takeshi Jinnouchi, who is building a road with Adachi Shigeaki at the Sapporo Minami High School Forest, holds the chainsaw casually, moves the bamboo bush with a flick, and chops down the tree in one go. He says he knows the exact shape of the cross section of the tree he cuts without even seeing the surface of the trunk.

Since he was a child, he was talented at remembering and reproducing lines and shapes and he absorbed himself in drawing pictures or making innumerable elaborate paper crafts. Listening to these anecdotes, I got a sense of what I had heard about Jinnouchi having a ‘three dimensional personality.’

It was in the second year of high school that he discovered what his path ahead would be. When he stayed at his relative’s house in Seattle for a homestay, he saw what kind of things his cousin, who was studying architecture, was doing at college.

“Every day he sketched structures and made models. These things made me excited. When he told me that ‘architecture is a social art,’ something clicked and I realised this was what I was meant to do.”

So he enrolled in the Department of Architecture at Tokyo University of the Arts. He worked night and day but as he studied, some questions and inconsistencies started penetrating his thoughts.

“Tokyo is a cluster of contradictions. Everything is manmade, ‘Maybe we don’t need more buildings’ I thought, and fell into a bit of a dark period. Also at that time, global warming was making a big impact on me, I thought ‘if we don’t change something now, the world will be destroyed.’”

From that realisation, Jinnouchi begun to make an effort to learn more about community-rooted life skills. While continuing to study, he spent days at specialty bookstores browsing for books on appropriate/intermediate technology*; writing letters to authors; and hitchhiking to various meetings he had set up with the authors. For his graduation thesis, he presented a concept called ‘Institute of Technology for Sustainable Life’.

“I developed a four storey wooden apartment block and research centre surrounded by a fungus-shaped courtyard. There is a public bath in the middle, a system for purifying the building’s wastewater, and then a field underneath. What if we were able to be self-sufficient and live with, not against, nature?”

He worked at a design firm while at school, but soon left to work on a house for a friend who ran an organic farm in Yamanashi. During that time, he read a book by C.W. Nicol, a Welsh-Japanese author and environmental activist. Inspired, he went to Nagano to meet Nicol and while there, was introduced to the world of forestry by one of the forest managers.

“I was blown away when I was introduced to traditional foresting techniques. It made me realise that even if agriculture and cultivation is done in harmony with nature, there are still monkey and wild boar attacks. What we needed to tackle was the fragility of the mountain.”

He returned to Hokkaido in 1992, and throughout the following year, while employed as a forestry worker for the Shimokawacho Forestry Cooperative, he continued to learn and hone life skills from the local rural community. In 1996, he and his friends built a hay bale-based house named ‘Straw Bale House’ in the mountains. While he lived there, he was able to employ the skills he had learned so carefully over the years.

* Appropriate technology is rooted in the region and places individuals at the centre. It moves away from the more traditional large-scale technology that isn’t mindful of the environment and its people. It is said to have originated from the concept of ‘intermediate technology’ by German-British economist Ernst Friedrich Schumacher.

“I HAD TO DO SOMETHING ABOUT THE FRAGILITY OF THE MOUNTAINS “

Jinnouchi has two published profiles on his website: One is his forestry-related career and the other is music. The choice to divide these was natural, as he felt that each has its own purpose and meaning in his life and as such, they cannot be discussed together. Like his life in forestry, in his music you catch tidbits that demonstrate his three dimensional mindset.

“If I listen to a particular song I so vividly can remember the band formations and arrangements, and I could reproduce it in exactly the same way 10 years later.”

Jinnouchi first became interested in music through drums when he moved to Tokyo as a student, with a particular focus on percussion. After graduating, he began to write songs on the guitar which steadily began to incorporate vocal elements. When he moved to Shimokawa, he spent the summer on forestry, and music throughout the winter. In 1997, Jinnouchi took a leave of absence from the Cooperative and returned to Tokyo, this time to pursue music. Alongside a part-time job, he was in a band and ended up producing an album called “Kitanokuni E Yukou”.

“I wanted to make an independent album so I could express myself fully, without anyone having a say in it. I also didn’t want to spend all my time on music, but I still wanted to make a mark. So, after the album release, I decided to put an end to my music career.”

After two years on leave, he returned to work at the Cooperation. His first main role was in launching a business to manufacture and sell essential oils using the wood by-products from forest thinning. Jinnouchi packed up the oils in a suitcase and travelled often to Tokyo to share this innovative and natural product with customers. Around the same time, he was also focusing lots of energy on developing ways for the region to become more independent. In conjunction, he started up study group on forests.

In 2006, Jinnouchi moved slightly south to Asahikawa and established an NPO called Morinet Hokkaido. The NPO was set up to focus on supporting and rebuilding the connection between forests and the people of the city. Coming from a position as salesperson, starting an NPO seems on the surface a very different pursuit, but in fact, for Jinnouchi, this was yet another demonstration of his ability to think about organisations on multiple levels.

Once the NPO was well-established in 2015, he stood down and started life as a freelance, old-school lumberjack. In addition to working with Adachi to create roads and thin trees, he also received a number of requests to design and build exterior spaces for houses. And in 2019, he announced a new project.

“Logs that are bent, knotted, or have thick branches cannot be used as building materials, but they have an elegant natural beauty which I love. I was sure there was a way I could use them.”

This thought inspired Jinnouchi to launch the project called ‘Kikori Builders’. Their first purchase  as a group was a sawmill, which was bought with funds from generous crowdfunding. From there the project sprung to life and using local straw and soil, they built homes for the locals using people-centred ‘appropriate technology’. The first major project was the “Jojoni Bread Warehouse” building which was relocated from Asahikawa to Shimokawa. The idea of making a house with things found in the mountain was combined with the idea of baking naturally fermented bread over a fire made from burning local wood inside a firewood kiln made of soil.

“The notion of social architecture and forestry, including the independence of the local community, are now all connected. Finally, we have all the parts.”

Three years ago, Jinnouchi returned to music. His CD was reprinted and he started to go on tour. Looking back on his life at the end of a long interview, he jokes that he has “detoured a lot” but adds that every single path—wide and narrow—was valuable. He has rotated through his talents like chapters in a book and poured furious energy toward the realisation of a sustainable society. Now, he has arrived at where he started. Each of the paths and talents fold in to each other and exist because of each other—like the strata of the earth.

“I am thinking about simpler ways to get trees, straw, and soil for houses. At the mountainside there are kikori and a sawmill, and a small road that connects with the village. If there are kikori professionals in each area of Hokkaido, the whole prefecture could get excited about being more hands on with nature. I can have my dreams I guess!’

The future imagined by the ‘Kikori Builders’ has an almost radiant quality that contrasts from that of a society that unvaryingly prioritises economic efficiency. Perhaps the plan that Jinnouchi developed in his graduation thesis 30 years ago may be realised sooner than one would have thought.

“THERE ARE KIKORI ON THE EDGE OF THE MOUNTAIN, WITH A ROAD THAT CONNECTS TO THE VILLAGE.” 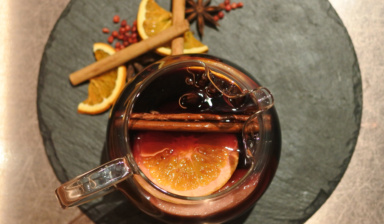 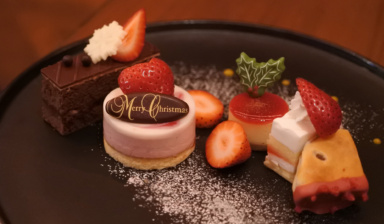 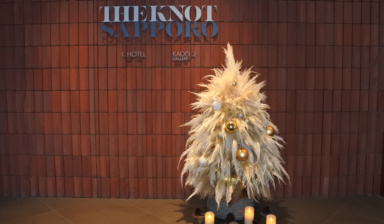 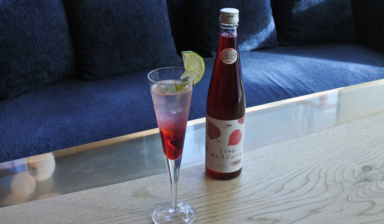 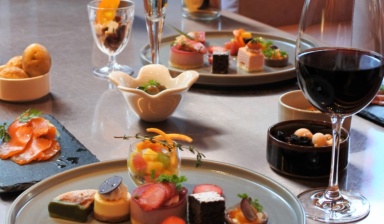 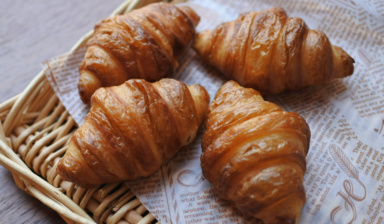